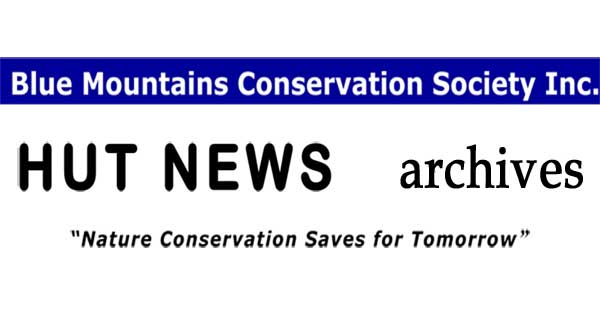 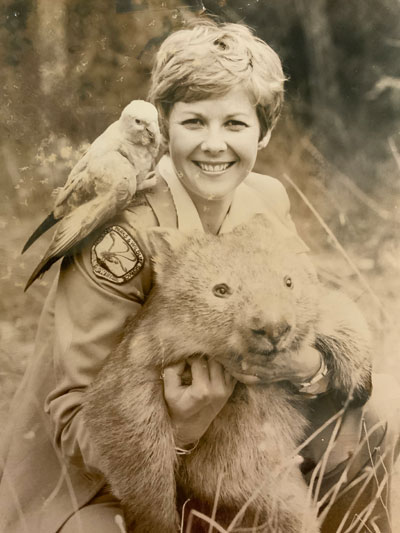 The current archives have over 550 newsletters.

In December 1995 it became a monthly publication.

Susan Crick is the editor of Hut News.  You can email Susan at susan@bluemountains.org.au.

Note: The deadline for submitting articles is the 20th of the month.

NB. Some minor changes to fonts and images were required to create the PDFs in the earlier editions. In addition some artwork (mainly sketches) which was manually added to the copy before it was printed, are not included. Editions before 1996 are scanned - text can't be cut and pasted from these editions.

*  Katoomba And District Wildlife Conservation Society Newsletter No. 1.
♦  These newsletters have been retyped by Phoebe Coster and appended to the original scanned newsletter. This allows keyword searching and cutting and pasting.

More newsletters will be added as time permits.

♠  Initially, newsletters were known as "bulletins" and were more about organisational matters. There was also some irregularities in numbering and frequency.
♥  These are the first two newsletters - the second is undated, but thought to be in June 1967. There would appear to be some early newsletters missing.