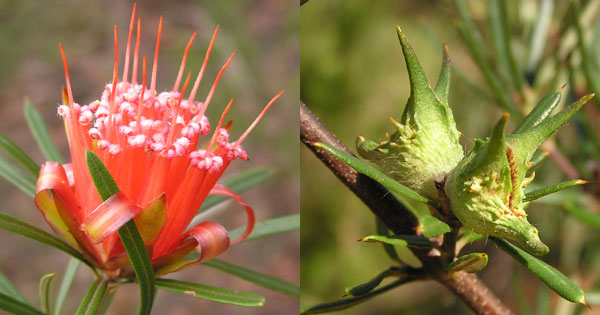 Ian sent me a list of flowering times of native plants as I had written articles on native flora for Hut News. I was surprised and delighted to see 280 species.

I've added common names where known and have transposed Ian's list of months into a Gnatt Chart.

The strength and beauty of Ian's list is that it is from personal local observation over nearly a decade.

The following flowering and fruiting times for indigenous plants were compiled from notes made between January 2009 and December 2017 while living at Evans Lookout Road, Blackheath.

Times shown for species in that area are mostly based on many recordings but observations in other parts of the upper mountains are often based on few records.

No orchids, grasses or sedges have been included.

Fruiting times are something of an afterthought as this wasn’t the original purpose of the recording so there are a lot of gaps.

Recordings include observations made from Wentworth Falls to Newnes Plateau.