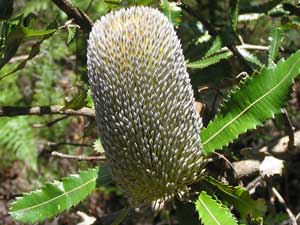 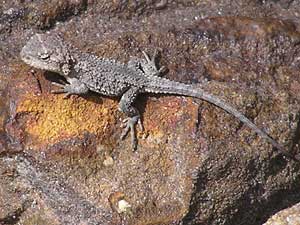 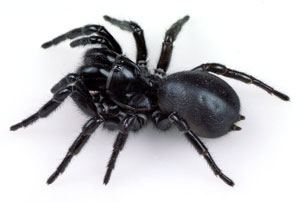 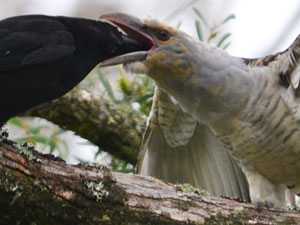 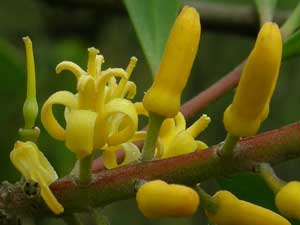 During January two special natural events were observed and reported in the Upper Blue Mountains - mating of the Giant Dragonflies at swamps along Mount Hay Road and flowering of Pink Flannel Flowers in burnt heathland near Hargraves Lookout on Shipley Plateau. 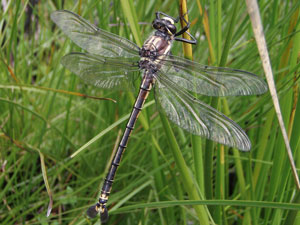 The Giant Dragonfly (Petalura gigantea) is listed as endangered under the Threatened Species Conservation Act in New South Wales.

Unlike other dragonflies, the larvae of Petalura gigantea do not swim around in permanent ponds or open water. They make a permanent burrow in suitably soft ground/swamp/bog/mud and live much like a trap-door spider, catching small animals as they pass the entrance.

They are nocturnal predators and may use underwater burrow entrances sometimes to hunt among aquatic vegetation as well as above ground.

The larval stage may last for 10 years! 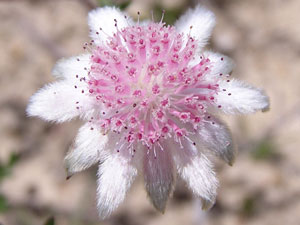 The Pink Flannel Flower (Actinotus forsythii) is rarely seen because of its restricted distribution and because it appears only sporadically.

After producing seed between April and May, the plant dies off and is blown away by the winds.

It is believed that an important factor in the subsequent germination is fire, followed by suitable rain.

Flower heads are unmistakable as they are about 25mm across with pink flowers in the centre and white bracts around the central flowers.

Its distribution is restricted to a few locations in the higher Blue Mountains and it has also been recorded on the south coast and southern tablelands between Nerriga and Sassafras.