On Friday 22nd November 2019, despite smoke and storms, residents, environmentalists and the community came together to celebrate the future of Radiata Plateau - now being incorporated into the national park system. Local MP Trish Doyle, a long-time supporter of Radiata Plateau, also joined us along with local Councillors, Kevin Schreiber and Romola Hollywood.

We gathered to celebrate the long hard-fought campaign that began almost thirty years ago and concluded last month with the purchase of the Plateau by the NSW Government.

We were delighted to be able to share this monumental win with so many of you who’ve fought so hard. Finally, the Plateau has been recognised and given the protection it warrants.

Thank you all very much for your support.

Photos taken at the celebration by Rob Linigen. 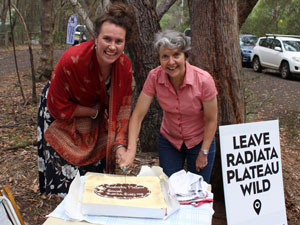 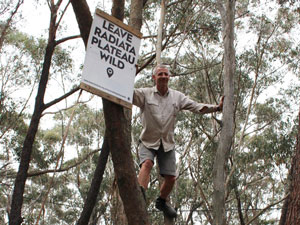 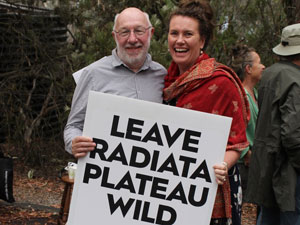 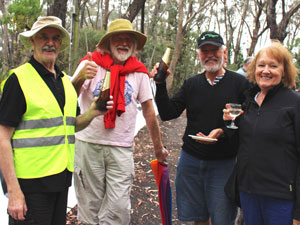 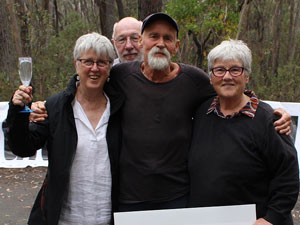 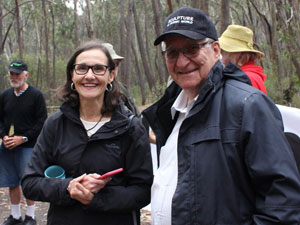 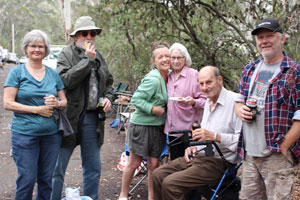 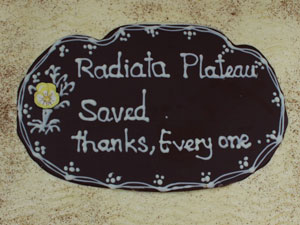 The Cake
Radiata Plateau has been bought by the NSW Government

The NSW Minister for the Environment, Matt Kean, has announced the NSW Government’s purchase of Radiata Plateau for incorporation into the national park system.

We are absolutely delighted by this news and would like to congratulate Minister Kean on his decision to purchase the Plateau for inclusion in the national park system, thus safeguarding its future.

This landmark decision is a major win for the environment, and for the Blue Mountains community.

It has been the strong community and environmental support that has maintained the pressure on the Minister and we would like to thank everyone who participated in Leave Radiata Plateau Wild: writing letters, attending rallies, participating in videos, hanging banners and placards, and so much more, to advocate for the protection of this unique area. We couldn’t have asked for a better outcome.

Radiata Plateau, accessed via Pulpit Hill Road Katoomba, is home to rare and threatened species, is culturally significant to the Aboriginal community and is a magnet for bushwalkers, birdwatchers, and rock climbers. It is the last remaining undeveloped peninsula-plateau in the upper Blue Mountains.

The local community have campaigned for thirty years to have the Plateau’s important biodiversity and heritage values conserved as well as maintaining public access.

Radiata Plateau from Megalong Valley  (Alan Page)
﻿
© 2021  Blue Mountains Conservation Society Inc.
We acknowledge the traditional custodians of this land
– the Darug and Gundungurra people –
and pay respect to their Elders past, present and emerging.