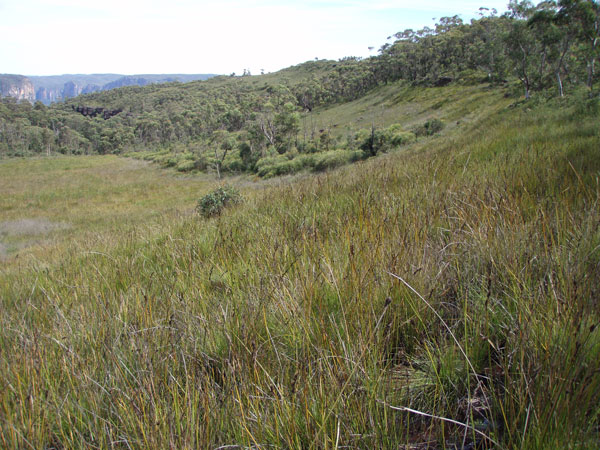 This is the story of many small victories in a long and sustained effort to conserve Blue Mountains Swamps extending over 50 years.

It demonstrates the importance of scientists, planners, managers and ordinary people all contributing their skills and passions.

The impetus for the legal protections came from the community working through the Blue Mountains Conservation Society, who individually and collectively provided historic information, made submissions and resources, and never gave up.

1959    Blue Mountains National Park was 'created' under a Trust and later 'gazetted' under the National Parks & Wildlife Act 1974 (NP&W Act). The Park provided some legal protection for those swamps located within its boundaries.

1974    PhD thesis (University of Sydney), by W N Holland 'Origin and development of hanging valleys in the Blue Mountains, NSW'; which showed the significance of the geomorphology on formation and maintenance of the hanging swamps.

The Blue Mountains Water Skink (Eulamprus leuraensis) was listed in a schedule of the NP&W Act, sometime between 1974 and 1995 (details to be confirmed).

1980-88    field work by W N Holland, D H Benson & R McRae on spatial and temporal variation in a perched headwater valley (Figures 1 & 2) in the Blue Mountains subsequently published in the Proceedings of the Linnean Society of NSW 113 (4) 1992.

1996    Blue Mountain Water Skink listed as endangered under the TSC Act. Species from schedules of the NP&W Act were transferred to new Act.

1996 – 2003    Blue Mountains Conservation Society (BMCS) attempted to use the TSC Act to protect swamps as habitat of a listed threatened species. This was attempted in 3 different cases (developments), each of which was unsuccessful, which highlighted the need for swamps to be listed in their own right.

December 1997    Judy and Peter Smith published Buffer Zones for the Protection of Sensitive Vegetation Units in the City of Blue Mountains. The study commissioned by BMCS and others established 60 m as the minimum buffer necessary to protect sensitive vegetation communities, such as swamps.

March 1998    Judy and Peter Smith published Sensitive Vegetation Units in the City of Blue Mountains. The study was commissioned by BMCS to identify and provide comprehensive descriptions of the sensitive vegetation units in the Blue Mountains LGA. These descriptions and species lists were subsequently used in the LEP 2005 and amendment 31 to LEP 91.

1999 – 2007    BMCS campaign over 8 years to gain legal protection for swamps, by obtaining a listing, which necessitated changes to the provisions of the TSC Act:

April 2005    Blue Mountains Swamps were listed under the EPBC Act 1999, as one component of the more broadly defined 'Temperate Highland Peat Swamps on Sandstone', which gained listing as an endangered ecological community (EEC). For the purposes of this listing, Blue Mountains Swamps also included Newnes Plateau Shrub Swamps.

2005    Blue Mountains Local Environment Plan 2005 (LEP 2005) was gazetted, which not only included Blue Mountains Swamps in its schedule of 'significant vegetation communities' but also zoned all mapped swamps as Environmental Protection with a 10 m buffer included. [The Smith and Smith 1997 study commissioned by BMCS established 60 m as the minimum buffer necessary to protect significant vegetation communities. This was incorporated into the Planning Framework for the LEP (Environmental Management Plan 2002)]

2006-2012    The 'Save our Swamps' project delivered a swamp restoration program on both public and private lands, as well as a community engagement program and a school education program across both the Lithgow and Blue Mountains LGAs. Workshops were held to increase the local community's awareness of swamps and to develop skills to engage in restoration works (particularly focused around the use of soft engineering techniques to rehydrate swamp systems).

September 2007    Blue Mountains Swamps were listed under the TSC Act as a VEC, the first listing in this category.

September 2007    Sydney Morning Herald article covered the community driven campaign, which resulted in the listing under the TSC Act.

2012    Revised draft description for THPSS provided to experts for comment, with a proposal to broaden the description to include peat swamps down to 20 m altitude, limit its extent to the Sydney Basin bioregion, and rename the endangered ecological community, 'Peaty Swamps on Sandstone of the Sydney Basin'. Revised description does not affect the Blue Mountains Swamps.

November 2012    Publication of a scientific paper on the groundwater dependence of NPSS and associated threatened plant and animal species highlighted the threats to those ecosystems, particularly from longwall coal mining (Benson D. & Baird I.R.C. Cunninghamia (2012) 12(4): 267-307)

After 8 years, the Society’s 1999 objective has been achieved; which was to have Blue Mountains Swamps listed under the NSW legislation (2007). Along the way we achieved 3 other objectives:

◊   To gain recognition under the Commonwealth EPBC Act (in 2005),
◊   To change the NSW TSC Act to make provision for vulnerable ecological communities (2002), and
◊   To increase the level of community awareness and support for swamps. 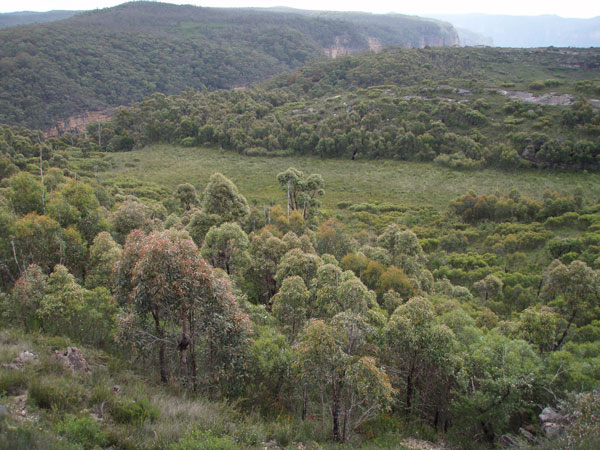 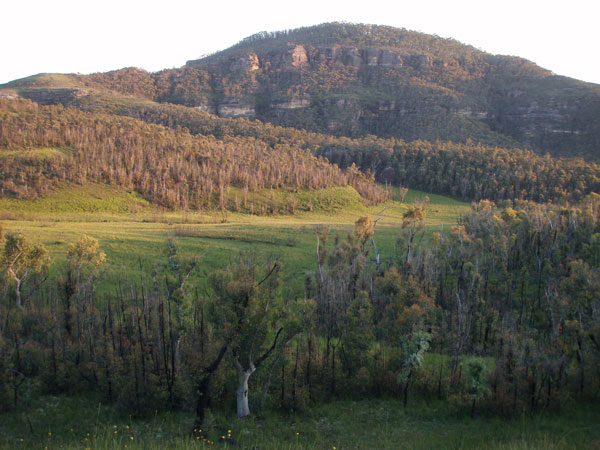 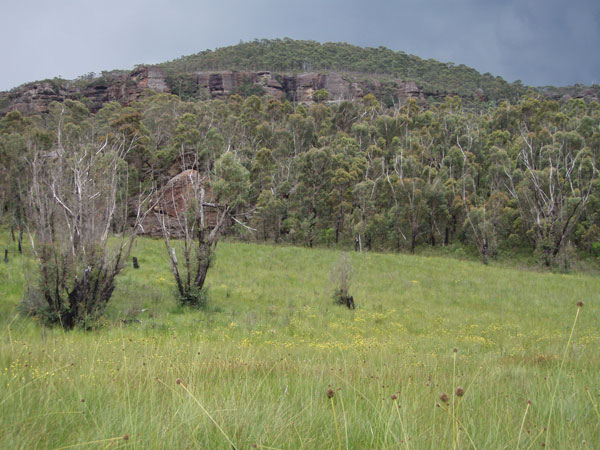 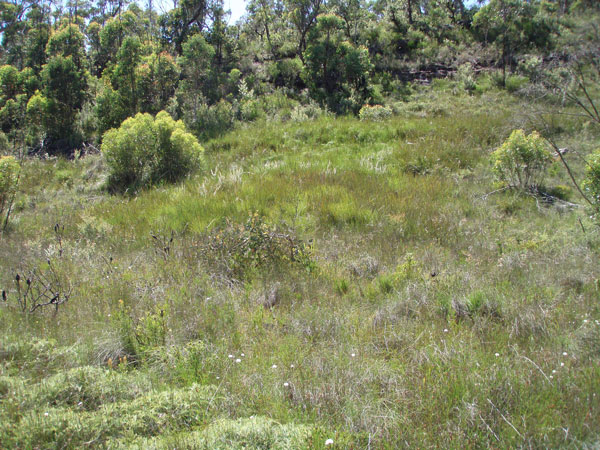 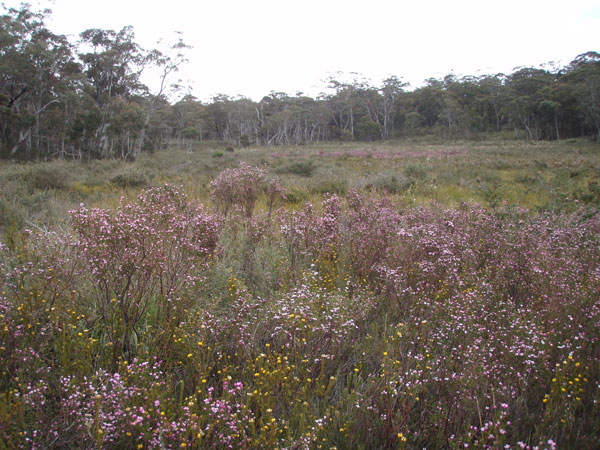 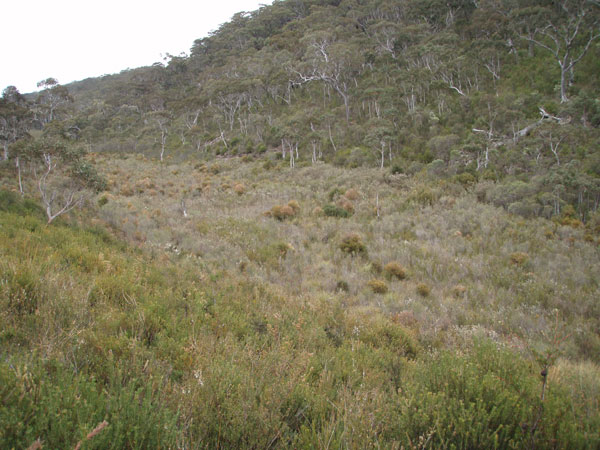 (click image to enlarge)
﻿
© 2022  Blue Mountains Conservation Society Inc.
We acknowledge the traditional custodians of this land
– the Darug and Gundungurra people –
and pay respect to their Elders past, present and emerging.