"Hands off our LEPs!"
campaign webpage
What is happening to the NSW planning system?

In April 2013 the NSW government released a White Paper - A New Planning System for NSW together with draft planning legislation to replace the existing Environmental Planning and Assessment Act 1979. Premier Barry O'Farrell referred to it as "the biggest overhaul of the State's planning system in over 30 years".

Comprehensive information about the White Paper, copies of the two Exposure Planning Bills and details about how to have your say on these planning reforms are available from the NSW Planning and Infrastructure website: http://www.planning.nsw.gov.au/a-new-planning-system-for-nsw

A briefing note and summary of key issues is also available on the NSW Environmental Defender's Office website here.

The White Paper is open for comment until 28 June 2013. The government expects to present the new planning legislation for adoption during the Spring 2013 parliamentary session.

How are the BMCS and other groups responding?

As a result of widespread concern about the implications of the government's proposed planning reforms, a coalition of groups formed the Better Planning Network (BPN) in August 2012 to lobby for a fair and responsible NSW planning system driven by Ecologically Sustainable Development principles. The Society has joined the BPN along with several hundred other community groups. More information about the BPN is available here.

Some major concerns with the White Paper are:

Some key issues raised at a community discussion forum organized by the Better Planning Network – including the ESD principles – are outlined here.

As the BPN says in its White Paper Submission Guide, available here, "the impetus for the new planning system is a reactive response to the need for more housing which tilts the planning system in favour of the development industry at the cost of community wellbeing, our environment and heritage".

The Society's submission on the White Paper can be found here.

The Society has written to the following politicians regarding the inadequate public consultation period and the need for local workshops on the White Paper:

The Society also wrote to the Mayor here, requesting its support for at least one community information session in the Blue Mountains. As the NSW Planning & Infrastructure department ignored this request, the Society organized its own workshop on 31 May 2013 with the assistance of the NSW Environmental Defender's Office.

Blue Mountains City Council expressed its concerns about the impact of the NSW planning reforms on the Blue Mountains in its review of the earlier Green Paper – see Council Business Papers dated 25 September 2012 (Item 27), available here.

What is the Draft Metropolitan Strategy for Sydney?

The Draft Metropolitan Strategy for Sydney (the Metro Strategy) is the equivalent of a Regional Growth Plan under the new planning system, although it has not undergone the rigorous community consultation process proposed in the new legislation. The Metro Strategy is on public exhibition from April to Friday 28 June 2013 and can be downloaded here. (link removed as it no longer works)

The Better Planning Network strongly objects to public exhibition of the draft Metro Strategy prior to finalisation of the new planning legislation for NSW. You can SIGN A PETITION to the Minister for Planning and Infrastructure here, requesting he re-exhibit the draft Strategy after the new planning system is in place, to ensure adequate community participation.

How does the Draft Metropolitan Strategy for Sydney affect the Blue Mountains? 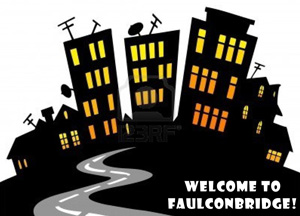 The draft Strategy includes the Blue Mountains local government area (LGA) in the West Subregion, together with Penrith and Hawkesbury LGAs. Identified targets in this subregion for the decade to 2021 include an increase in population of 45,000, as well as 16,000 new houses and 19,000 new jobs. By 2031, the subregion is intended to increase in population by a total of 89,000 while providing a total of 39,000 new dwellings and 37,000 new jobs.

A Sub-regional Delivery Strategy will be prepared by a new Subregional Planning Board, outlining how these housing and employment targets will be allocated between the three LGAs, where new development will take place and what that development will look like. 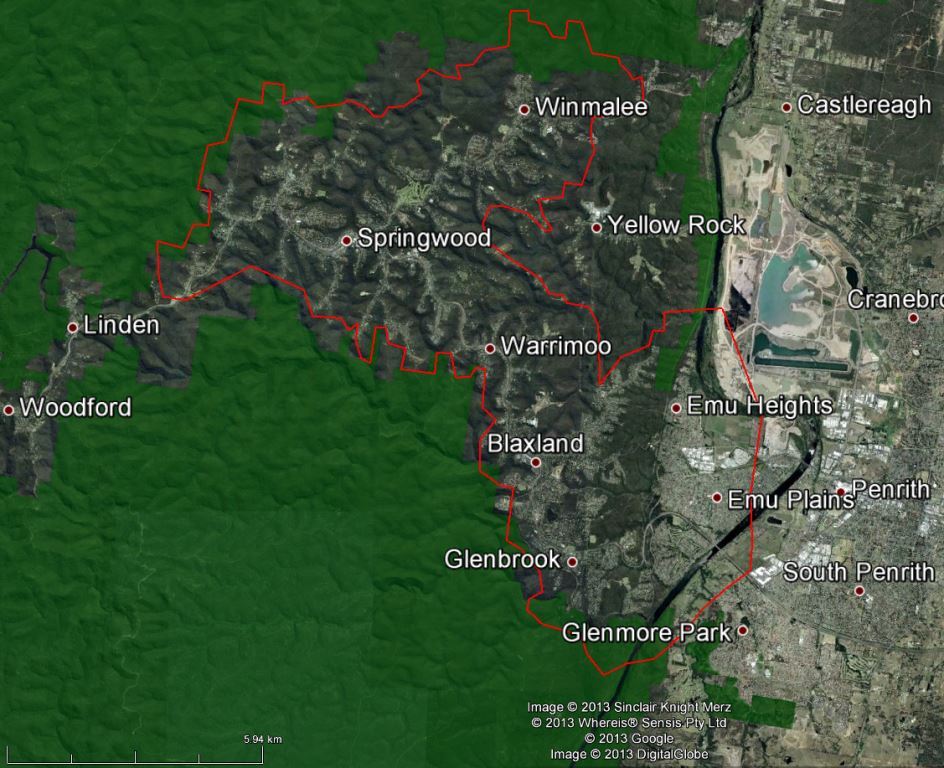 Urban Metropolitan Area
(click the image for a larger version)

Read some Blue Mountains Gazette articles about the draft Metropolitan Strategy for Sydney:

Approximately 75 people including local residents, members of the Blue Mountains Conservation Society, the Deputy Mayor and several Blue Mountains City councillors, joined a rally in Faulconbridge on Sunday 25 August 2013 to protest the government’s plans for increased urban growth in the lower Blue Mountains.

Deputy Mayor Mark Greenhill, who spoke on behalf of Blue Mountains City Council, said that 7,000 new dwellings had been proposed for the Blue Mountains under the former Labor government’s Metropolitan Plan and a similar or higher figure was likely to be required by the O’Farrell government under a future Sub-regional Delivery Strategy.

This number of dwellings cannot be accommodated without compromising the environmental values of Blue Mountains National Park and adjacent natural areas, especially as the NSW government’s proposed planning legislation will make it more difficult for residents to object to inappropriate development.

Both Peter Ridgeway and Cr Greenhill pointed out that the Blue Mountains’ consolidated draft Local Environmental Plan, due for public exhibition in the next couple of months, would be unlikely to provide sufficient environmental protection against any future urban expansion.

"Blue Mountains – not a suburb of Sydney!"  Rally - Faulconbridge - Sunday 25th August 2013
What you can do
﻿
Contact us   © 2022  Blue Mountains Conservation Society Inc.
2023 NSW State Election material is authorised by Madi Maclean,
Blue Mountains Conservation Society Inc, 92 Fletcher St., Wentworth Falls NSW 2782
We acknowledge the traditional custodians of this land
– the Darug and Gundungurra people –
and pay respect to their Elders past, present and emerging.