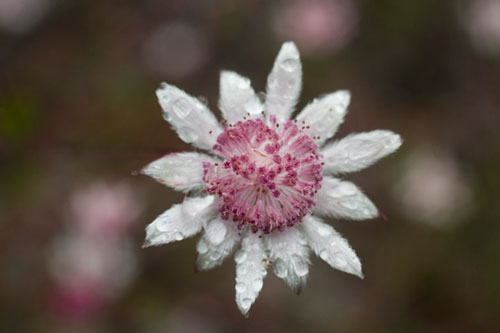 Pink Flannel Flower  (Ian Brown)
This proposal includes all the remaining parts of the Newnes Plateau and surrounding sandstone uplands, that are in public ownership. It recommends that this area be preserved, principally, as State Conservation Areas (see footnote).

It is made up four key areas, that stretch over 55 kms from Medlow Bath to Newnes Plateau, north to the Capertee Valley and Mount Airly. 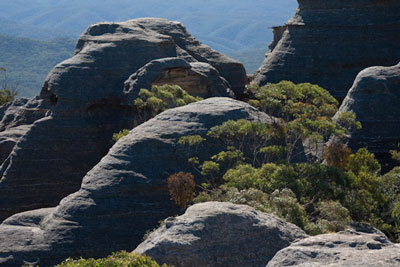 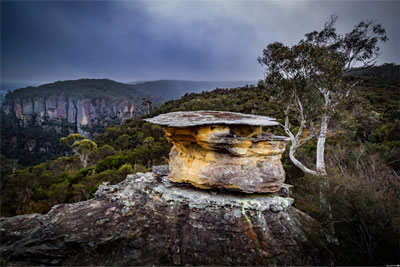 Combined with incomparable sandstone geodiversity, important and swathes of rock pagodas, the plateau is magnificent and unique in its environmental and geological importance. 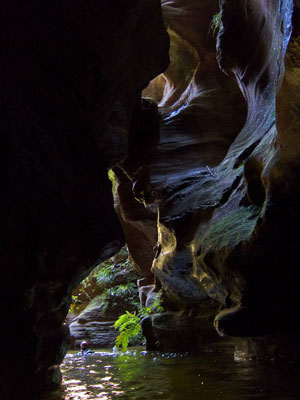 The Western Escarpment of the Blue Mountains is renowned for its outstanding golden clifflines.

Above the cliffs are rare plant communities. Below them the dramatic valley scenery is enhanced by a wonderful blanket of forest.

The area contains the first passes Europeans used to reach the interior of the continent and walking tracks, lookouts, cliffs and waterfalls which are much enjoyed by families and rock climbers.

The environment groups' reserve proposal is an integrated plan of action to protect, manage and interpret the area's heritage. It will protect: 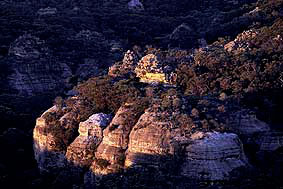 The proposed system of State Conservation Areas and Park extensions will greatly enhance the tourism in the central and western Blue Mountains, including the Lithgow region.

For more information on the proposal, you can read: