The History of the Gardens of Stone 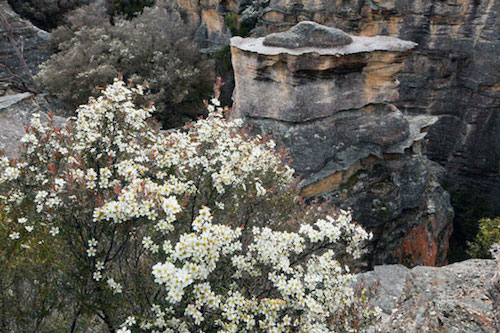 Ben Bullen  (Ian Brown)
A natural paradise, like nowhere else on earth. Within a few hours of Sydney, near Lithgow, lies this awe-inspiring monument to Australia's geological creation.

Spectacular and mesmerising, The Gardens of Stone has been in the making for 250 million years. Home to incredible landscapes and ancient Aboriginal culture, fragile pagoda rock formations, rare and threatened plants and animals and relics from the past, the Gardens of Stone region has it all.

The sandstone landscapes of the Newnes Plateau, the rocky country on the west and the western escarpment of the Blue Mountains from Blackheath to Lithgow - this densely forested region is home to internationally significant pagoda-like sandstone formations and deep canyons. With its sheer cliffs extending from Lithgow north to Capertee, it adjoins the Greater Blue Mountains World Heritage area to the east.

Remarkable, dramatic and unique - sadly the Gardens of Stone remains unprotected and mining is threatening its future.

Twenty-five years ago, the Colo Committee discovered that a number of cliff collapses in the Gardens of Stone were associated with coal mining in the area. Spurred on by the threat of further damage, the committee hurried to complete and put forward its 'Gardens of Stone' Reserve proposal.

After a decade of intense campaigning by NSW environmental groups, the Gardens of Stone National Park was created in 1994, protecting 11,780 hectares. Additionally, 3,600 hectares of the original proposal were added to nearby Wollemi National Park in late 1995 and a further 3,650 hectares of the Airly-Genowlan mesas were partially protected in 2011 as Mugii Murum-ban State Conservation Area (with underground mining allowed). In total, 19,030 hectares have been protected yet this has left 39,000 hectares exposed to the ravages and destruction of mining. 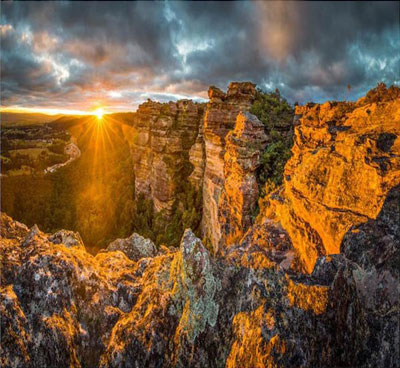 Hassans Walls  (Gary Hayes)
In 2005, in a bid to campaign for the full protection of the Gardens of Stone region, the Blue Mountains Conservation Society joined forces with two other prominent environmental organisations, Colong Foundation for Wilderness and Lithgow Environment Group to form the Gardens of Stone Alliance.

The Alliance is committed to securing the full protection of the Gardens of Stone Stage 2 Proposal as State Conservation Area reserves and stands against the destruction of the conservation values of the still unprotected Gardens of Stone Stage Two area. Stage 2 includes all the remaining parts of Newnes Plateau and surrounding uplands which are in public ownership, and totals 39,000 hectares.

Despite being acknowledged for its high conservation values, unique pagoda rock formations, cliffs and diverse and rare plants and animals, the area remains unprotected. Its greatest threat, mining.

You can support the Alliance here.